Although YB Ahmad Husni Hanadzlah Second Minister of Finance Malaysia denied that the pending of GST (Goods, Service and Tax) caused by political opposition, but to respect the views of people that given priority, but we know the speech of the Second Finance Minister just a rhetoric. We knew that government in desperate attempted to get money as budget is decreased. 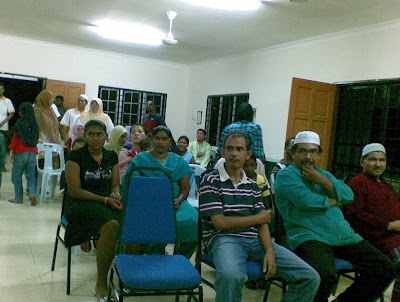 Who are the people? We are all from opposition parties, NGOs and every walk of life opposed the GST after we knew what the GST is. Who told us about the GST ? No other than opposition parties and NGOs. I myself as a political person at first could not understand what the GST is. Although the paper of GST read for the first time in Parliament, but the issue still not clarify until that topic appeared in Sun on 8th of February and later in the New Straits Times, the Star and the Sun on 12nd February that reported from a seminar, the National Conference On GST Roadmap to Malaysias`s New Taxation System held in Kuala Lumpur and opened by YB Ahmad Husni Hanadzlah Second Malaysia Minister of Finance. All the News put in front pages. But just a report without clarification about the implications of GST. In fact the papers like NST, Star and The Sun emphasized the - tax exempt (Star), GST – Free 40 (NST) and 40 items GST – Free. The captions sublime the people that GST is good for them ! 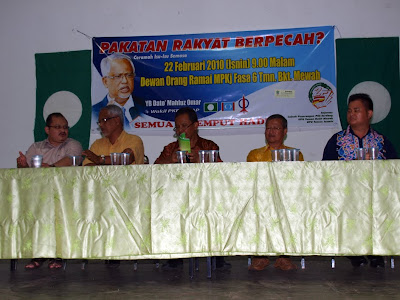 It is good for us in civil society have many NGOs rather than political parties only. I praise the JERIT (Jaringan Rakyat Tertindas), a Socialist NGO which had anticipated the bad smile of GST. I had received invitation from JERIT a letter dated on 03 February 2010 that suggested a cooperation between JERIT and ADUN Bangi to stage a forum in Bangi to inform people especially in Bangi how bad the GST for them. I had agreed the invitation and we delegates from PAS and JERIT discussed in a meeting that changed from 17 February to 23 February 2010. From the meeting and papers provided by JERIT we understood how bad implication of GST to people. In conjunction with the meeting, in fact one day before the meeting we launched a series of public speaking (Ceramah) such as Ceramah Pakatan Rakyat` in Bukit Mewah that attended by speaker like YB Mahfoz Omar from Pas, Shamsul Iskandar from PKR, Mr Yong from DAP, Cikgu Lee from Keadilan and I myself. Although the speakers touched many topics, but every one touch about GST.

The Dewan Orang Ramai overwhelmed by people, although one hour before rained heavily. The second public speaking held at Dewan Komuniti in Pekan Bangi on 28 February attended by people surrounding. That public speaking was a cooperation between JERIT and ADUN Bangi The topic focused on GST that given by brother Arul Chelvan from Socialist Party and me from Pas. But the biggest attended people the public speaking held at Desa Baiduri Balakong on 3.3.2010 that attracted many people by speakers like Mat Sabu a well known orator, YB Teo Nie Ching Serdang Member of Parliament who`s speaking focus on GST, YB Abdullah Sani bin Abdul Hamid Kuala Langat Member of Parliamant and I myself. 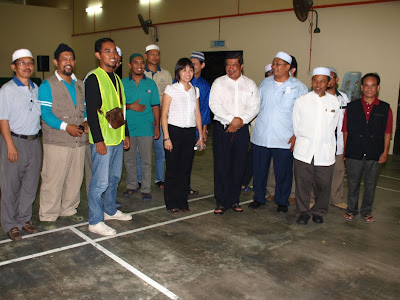 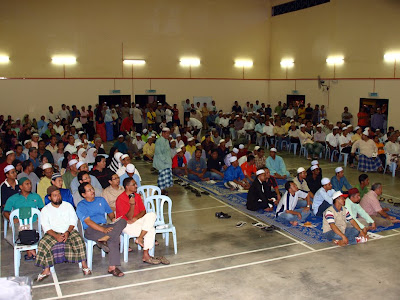 By GST, although 40 items are free, but there are hundred thousand of goods would be taxed 4% and it would multiple cost of goods. Say 4% tax of petrol it would draged cost of every thing. So how if the other goods tax same percentage ? By GST Finance Minister could raise the tax. For axample GST in Singapore begins with 3% and raised to 7% and upped to 12%. By tax 4% in Malaysia it could be jumped up to 20%. Before GST only workers who`s salary above RM2,500 could be taxed, however after GST everyone would be taxed without exception. That mean 28 million citizens would be taxed. That the burden would be shouldered by every people if the GSP would be implement next year.

The campaign by NGOs and opposition of political parties, although in short time could made the people aware the implication of GST and together oppose the GST. The Government realized if the GST implement the people would not only oppose the GSP,but the Government that introduced the GST. So Pending and better withdrawal of GSP is a victory of people.

ditulis oleh Dr Shafie Abu Bakar at 11:23 AM
Email ThisBlogThis!Share to TwitterShare to FacebookShare to Pinterest