The Road To Reform: Pakatan Rakyat In Selangor 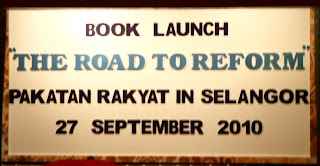 The topic of the Book signified me to attend as the Menteri Besar would be launch the Book at Hotel Singgahsana, Persiaran Barat, off Jalan Sultan, Petaling Jaya - 8.00 p.m. The first thing to do as I entered the hall is to buy the book from the gallery – a hard cover at cost RM50.00 per copy. The hall is packed with intellectual guests. Before the launch ceremony, while the moderator (Ismail Gerald Richard) welcomes the guests I go through the topics. The contains is totally different from what I was thought – that a book written represented by leaders of three parties in Pakatan or policies agreed by leaders of the three parties in Pakatan that dictated and wrote by an invited writer or a group of writers and later approved by leaders of three parties. 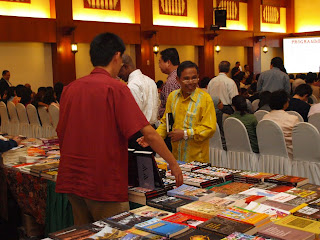 The reality the Book is a fragmented topics and ideas wrote by invited writers (21 contributors) of different fields as Tricia Yeoh the editor wrote that,

``the contributions of many individual whose time and efforts are deeply appreciated. The Book falls into that sometimes difficult space between journalism, with its immediacy and snap judgements, and academic analysis, which is more reflective and generally has longer timeframes.``
The Editor said, ``Their analyses and recommendations provide hugely valuable insights into the dynamic character of political, economic, social and cultural transformation in Selangor since 2008. 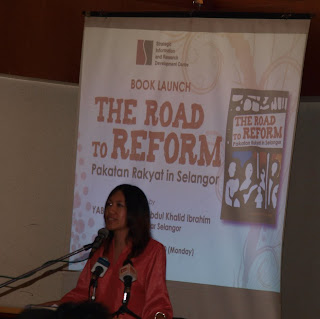 Generally we cannot say that the book reflects the Pakatan policy and far from ideology frame works. At least we can see from 21 contributors, there are only three writers from Pas – Abdul Aziz Bari who wrote about Selangor` Constitution (Law), Dzulkefly Ahmad about Talam`s Debt (Economic) and Khalid Samad – His topic, The Pakatan Rakyat Government`s Social Policies. The book only represents the ideas of the writers specializing fields.

The Menteri Besar Tan Sri Dato` Sri Abdul Khalid Ibrahim in his launching speech said, ``We are in transition and still going to search the ideal approach of Pakatan Government in Selangor. Before that DAP and PAS could not meet eye to eye. Negotiation needs third party to mediate, however that situation no longer happened and now they could sit together. We hope a more understanding so we could agree in policies if not in ideology.`` The Menteri Besar added,

``The reform is big word, so many challenges ahead to solve. The ideas from the writers as guidance to Pakatan.``

The Menteri Besar thanked to the valuable ideas of writers. 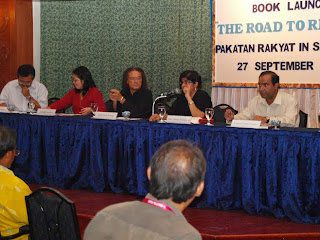 There are four speakers to discuss the contain of the Book. As the Book divided into four parts, Politics, Economics, Society and Culture. Ideally every speaker chooses a topic that the writer`s specialized so Ambiga former Bar Council President spoke about the Law and Politic as she said,
``Pakatan now in half way after two and half years governs the Selangor. Just not about Pakatan to win and maintain the power, but to promote democracy, return power to the people and crush corruption.`` Ambiga stressed that need to revive the local council election as mentioned in the constitution.`` She also said, that the Selangor needs a legal foundation that advises state government to avoid problems confronted like Perak Government.`` 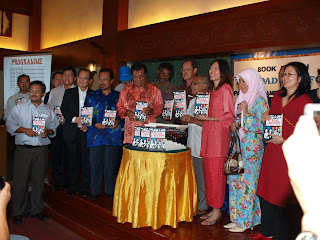 Ibrahim Sufian from Merdeka Centre spoke about society and crimes that people concern and need to translate ideas to guide people to right direction. While Jacklyne as a journalist spoke about the freedom of information, civil society and new medias that Pakatan needs to explore and Admond Terrant Gomez a lecturer from University of Malaya spoke about the policy of education in Malaysia and need to reform. 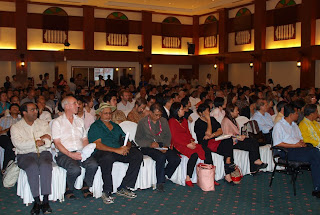 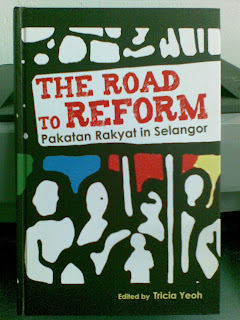 Thank you.
ditulis oleh Dr Shafie Abu Bakar at 8:26 AM
Email ThisBlogThis!Share to TwitterShare to FacebookShare to Pinterest