Attending the Opening of the 7th World Conference of Muslim Education

Shah Alam, 4 Muharram = 21 December (Monday):
As the conference is a high level – A World Conference On Muslim Education attracted me to respond the invitation and attended the conference which held at Dewan Perdana, Grand Blue Wave Hotel Shah Alam, Selangor from 21st – 23rd December 2009. That conference came after the first held in Jeddah, Makkah 1977. The organizers of the conference are Selangor International Islamic University College, The Islamic Academy Cambridge and the National Scholars Association Malaysia (Ilmuan).

The official ceremony of the conference launched by Hon. Dato' Seri Chief Minister of Selangor Tan Seri Abdul Khalid bin Ibrahim that urged the scholars, educators and researchers would exchanged, ideas, knowledge and experience for the benefit of the ummah and how to face the impact of globalization, not only to protect, but at the same time develop the ummah especially through the education that lead to the new era of the ummah. However that target is not an easy, but development of education is a long investment and need more ideas, energy and money to practice the finding of the conference in Muslim society. 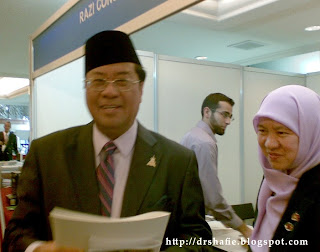 The Hon. Dr. Hajjah Halimah Ali Minister of state education and Human Capital Development in her welcoming speech hope the conference would provide an ideal platform to discuss important issues of education to reform and develop the teaching and learning of education and toward the Islamisation of knowledge for the sake of Muslims. While Professor Dr.Mohamad Khazani Abdullah Director of the Conference questioned the lacked of human resources development in Muslim world, the education level quality, the syllabi, curriculum and the institutions of learning that could be discuss in the conference. 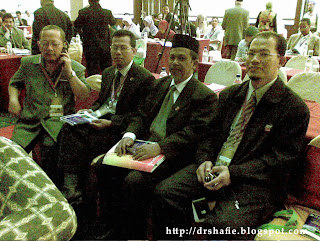 To bring together a large number of scholars and researchers from around the world and give them the opportunity to interact and network with each other, to discuss and analyze the impact of globalization and its challenges to the development of Muslim education in the world, to suggest solutions to some of the issues in Muslim education and to support the initiatives of the state of Selangor, Malaysia in its aim to Islamize education.

To cope with the objectives.
For that purpose, regarding the world standard, participants of the conference were invited from all over the world especially from Islamic countries, universities, intellectual and academicians, the respond of participants were limited. They came from such as Syria, Bangladesh, Kazakstan, Islamic Academy Cambridge, Pakistan, Indonesia, Hong Kong, Turkey and Malaysia. However according to the agenda in the booklet no participants from the well known Islamic countries such as Saudi Arabia, where the first conference held, Egypt, Jordan, Iran, Sudan, Morocco, Tunisia, Palestine, India, Turkistan, or from Islamic scholars of non-Islamic countries such as America, French, Holland, Canada, German or Australia.

The conference might be less significant compare with the first conference held in Jeddah or with some other related conference.
It is understood that more than a hundred papers contributed by participants, but not all of the papers stated in the booklet or provide to participants. To overview the contain of the conference may be refer to the working-papers provided.

The other sessions are: Open Discuss on The Roles of Government in Managing The Impact of Globalization In The Muslim World Education.

And last by invited Paper, Turkey Experiences In Islamic Education Past, Present and Future and end with Resolution.

As the Conference organized, leaded and took place in Malaysia, many of the papers delivered by Malaysians that considered normal. It is a historic for Malaysia. No doubt all the papers, discussion and resolution could contributed to Islamic education in Malaysia, while there are various type of religious institutions in Malaysia facing their problems of building, lack of infra-structures, teachers without training and financial constrain. They are not speak about globalization but about discrimination to religious education. Who want to take responsible and eradicate the problems and raise the standard of Islamic or religious schools at least at the par standard of government schools ? That the low standard of religious schools provided the students for the high Islamic institution or universities that lowered the standard of the universities itself. So to upgrade the Islamic education must upgrade every level of Islamic education.

We asked the impact of World Conference On Muslim Education from the First to the Seventh, what the conference could contribute to world Islamic Education? We accept that first conference leaded to established two Islamic University, one in Malaysia and the other in Pakistan and papers delivered in the First Conference compiled and published in three volumes of books. After that, although there were five other conferences, no impact and contribution to the Islamic education (I might be wrong !). However the 7th onferences at least could fulfill the academic exercise. But the best approach such that conference must be part of OIC program that could solve any problem or resolution at governments level. However OIC itself is a sick organization. Could that seventh conference contributed significant benefit to Islamic Education in Malaysia rather than an academic exercise? Yes, at least for some of Islamic University College and Islamic University in Malaysia ! But we hope it could extended at all levels of Muslim education. 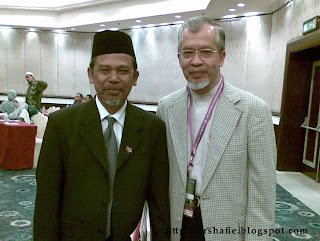